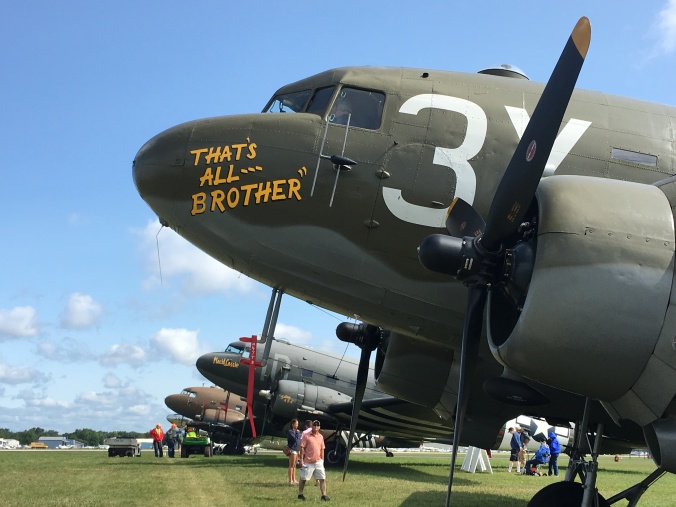 There’s this strange time warp thing that happens the week of Airventure.  For some reason that week goes by faster than any other week of the year. I arrived on Saturday looking forward to a glorious 7 days of airplanes and friends, then *poof* just like that I’m back home again. At Osh time really does fly! Here’s a look at my last couple of days at the world’s best aviation playground. 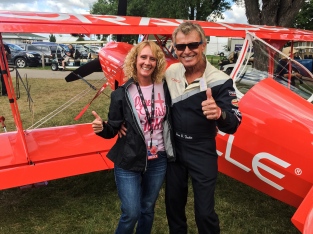 I didn’t think anything could top my Wednesday visit to the tower, but Thursday came very close when I had the amazing opportunity to meet SEAN D TUCKER! The Smithsonian Air and Space Museum is beginning a seven year renovation project. When they finish there will be a new exhibit which will feature one of Sean D Tucker’s airplanes, which will be hung upside down (of course) at the entrance to the gallery. After the press conference he posed for pictures by his plane. I was overcome by a sudden case of shyness, but Sean D saw me and called me over. He’s such a great person! 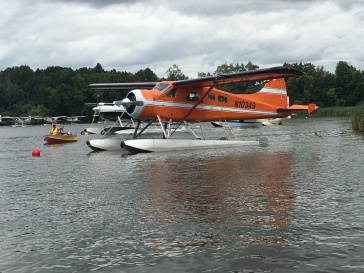 The other big event on Thursday was a visit to the Seaplane Base. I have been trying to get over there for years and was so excited to finally make it. Ask anyone and they’ll tell you that the Seaplane Base is an oasis. It’s set on a lagoon in the middle of the woods and it is calm and peaceful. We took the boat tour which only takes about ten minutes and is totally worth it.

Thursday concluded with the night show, which was rained out on Wednesday and then rescheduled. HUGE shout-out to EAA for doing that! I was so sad to think I wouldn’t see a night show this year and was thrilled that I got to see one after all. There were all the usual night displays we’ve come to love, but this year they added a drone display. I wasn’t sure what to expect but it was actually pretty cool. They used around 100 drones with colored lights to create various shapes and patterns. 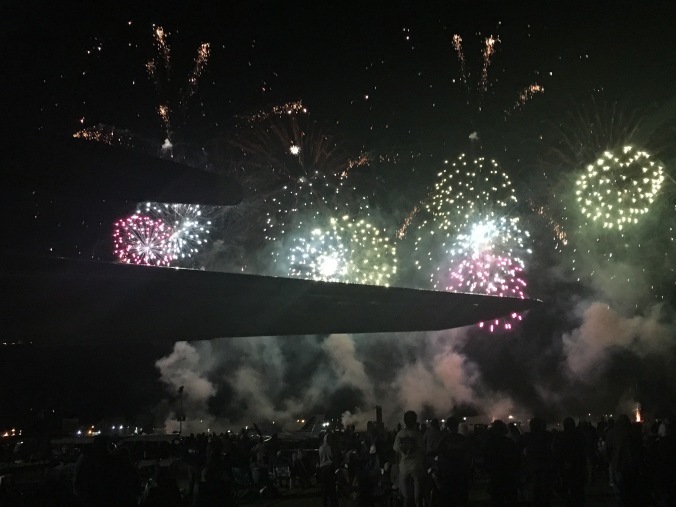 Watching the fireworks with Doc – it’s a tradition!

Friday was a quiet day. I spent some time in the warbirds area watching the activity on runway 27/9. Then I traveled down to the vintage area to watch the air show with friends. It was nice to have a day to relax and take in the sights. 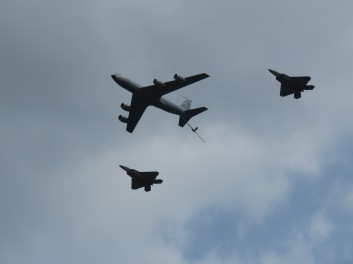 The expression “only at Osh” is often used by attendees to indicate an event or happening that is unique to Airventure. I had several of those moments. Visiting the ATC tower was one.  Meeting Sean D Tucker was definitely another.  Another happened when Mike’s friend told us we could find him “near the T-6 with the flag.” At any other event that would be sufficient information to find his location. At Osh, however, we searched row after row after row of T-6s and eventually had to call back for a better meeting spot.

I asked some of my friends on social media to share their “Only at Osh” moments. For some it was about the airplanes and the over-all experience: 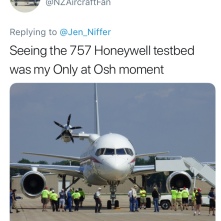 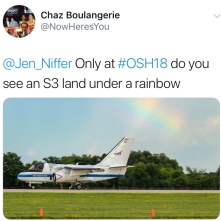 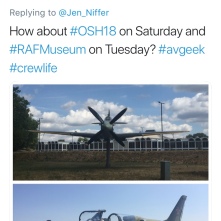 For others, it was about the people: 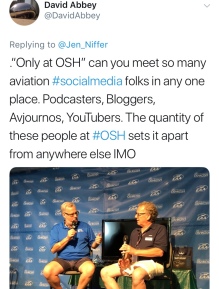 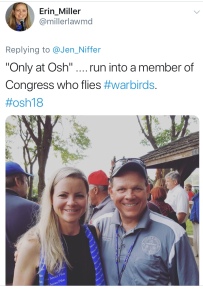 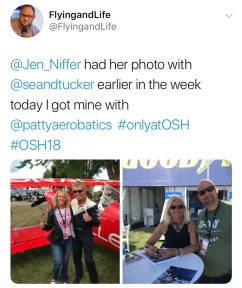 And for many it was a combination of things: 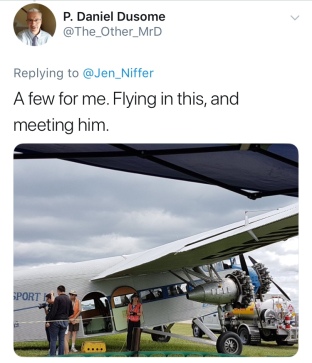 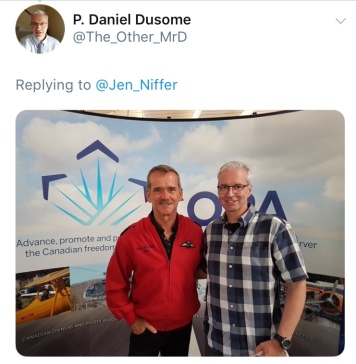 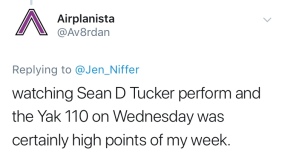 Want more Osh 18? Check out my pre-game,  day one and ATC visit posts.  Also, you MUST give a listen to the Flying and Life podcast! I even make a special appearance.  Or two. Or three… 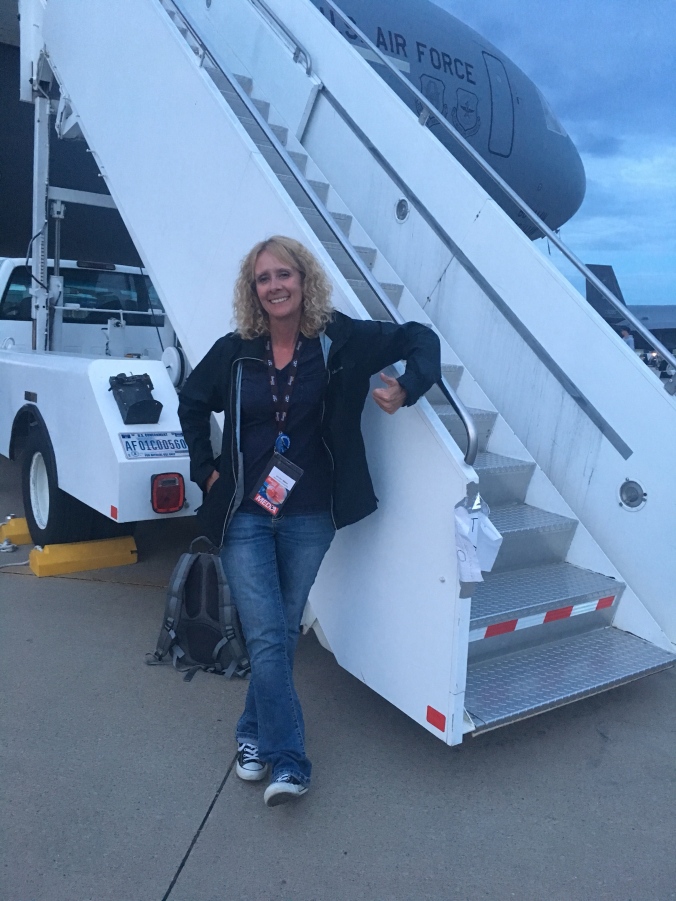 One thought on “Only at Osh”