Before the stay-at-home orders for the Covid-19 pandemic started, I was able sneak out to Pensacola Beach, Florida for a quick vacation. I had hoped to make a return visit to the Naval Air Museum while I was in the area, but it was not open to the public. Instead I drove over to Mobile, AL to visit Battleship Memorial Park.

As the name suggests, the main attraction is the USS Alabama, a World War II-era battleship. Parked right next door is the USS Drum, a Gato-class submarine. Both were open for self-guided tours. I have never been on any kind of military vessel before… oh my goodness the crazy steep stairs! I cannot imagine what it must have been like to climb up and down them while out at sea. Needless to say I have an even greater appreciation for our Navy and Marine service members . 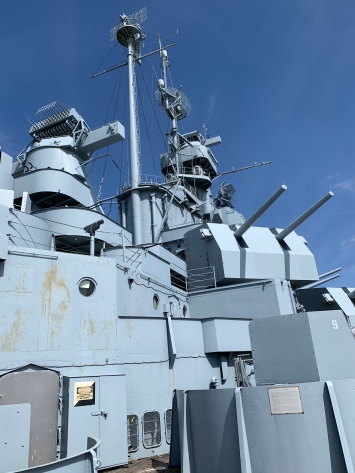 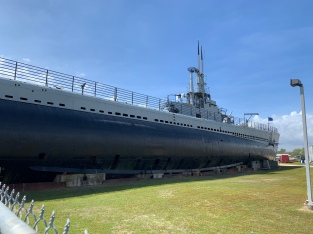 Of course, what I was most excited to see were the airplanes. There were a number of them scattered around the park grounds, including a B-52, an F-15, an F-16, and a C-47. However there was also an aircraft pavillion where the REALLY cool planes are stashed. First to catch my eye when I walked through the door was a Blackbird – more specifically, an A-12. They look virtually the same , but the A-12 could fly a little faster and a little higher, and was used by the CIA for spy missions.

On the opposite side of the pavillion was an F-14 Tomcat. Oh how I love that plane! It looks fast and mean just sitting on the ground. There are several other fascinating airplanes and helicopters on display including a P-51 Mustang and an F-18 Hornet. Over-all I found Battlefield Memorial Park to be well worth the visit. If you are ever in the area I strongly recommend you stop by and give it a look. 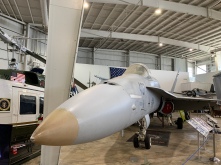 Meanwhile at the Airport…

As I mentioned in my last post, I am working from home these days. However, I had to stop by the office recently to pick up a few items. I thought I was prepared for what I was going to see. I wasn’t. Empty parking lots. No shuttles or buses or ubers. No traffic at all, really. And, except for a few bored agents at the ticket counter, no people. The restaurants are closed. The stores are closed too. And yet, upbeat music played over the PA system, along with routine announcements – as if nothing at all was amiss. But then there were also recorded reminders about social distancing and quarantines. Actually it was quite eerie. 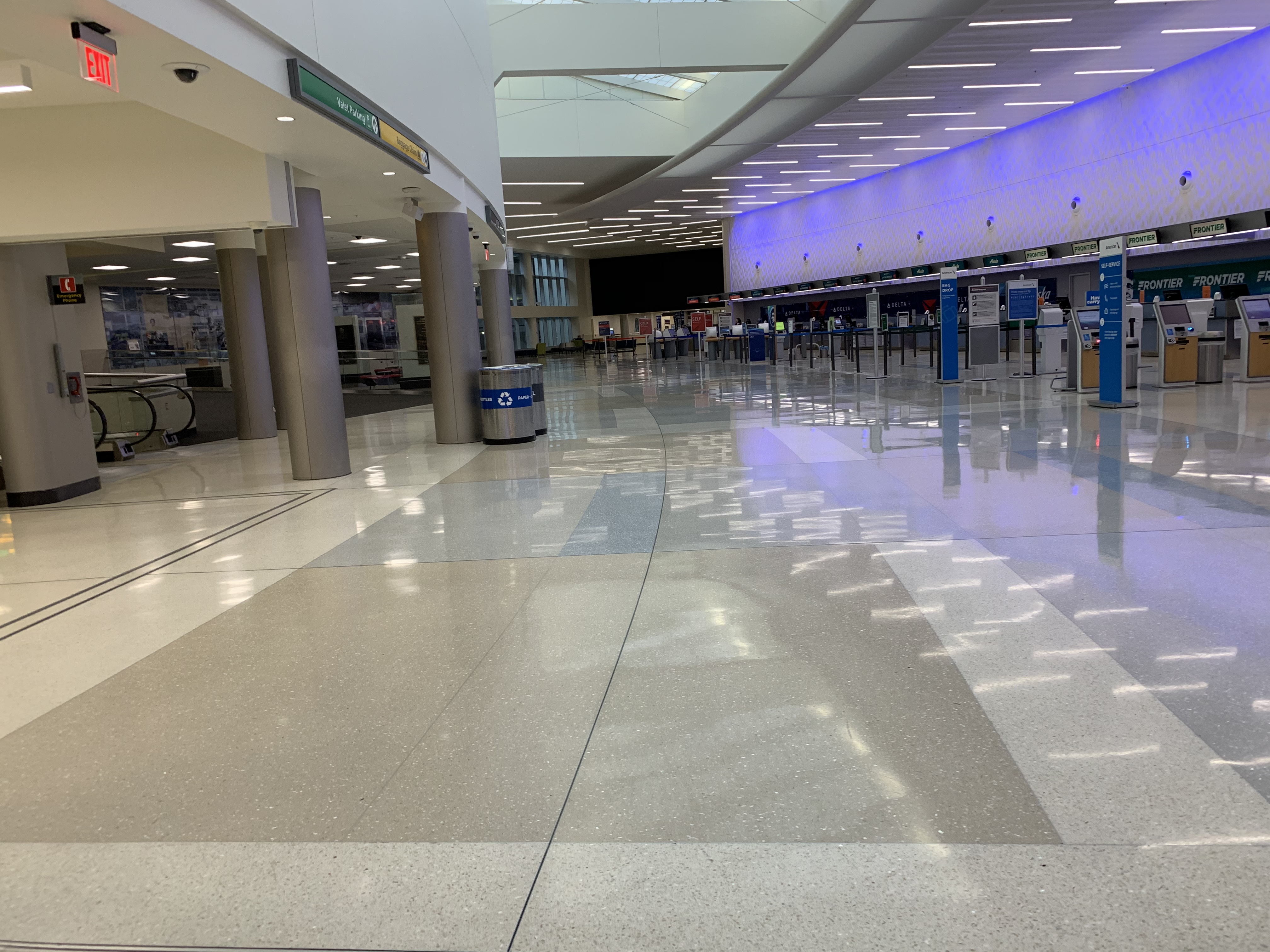 It was equally disturbing to see all the empty airplanes sitting around. A regional airline has parked nearly three dozen ERJs on the south cargo ramp. Each unused airplane represents dozens of people in the aviation and travel industries who aren’t working right now. For the airport, those idle airplanes mean no passenger parking  income, no concession income, and very little in the way of landing fees or PFCs. Things are tough all over. 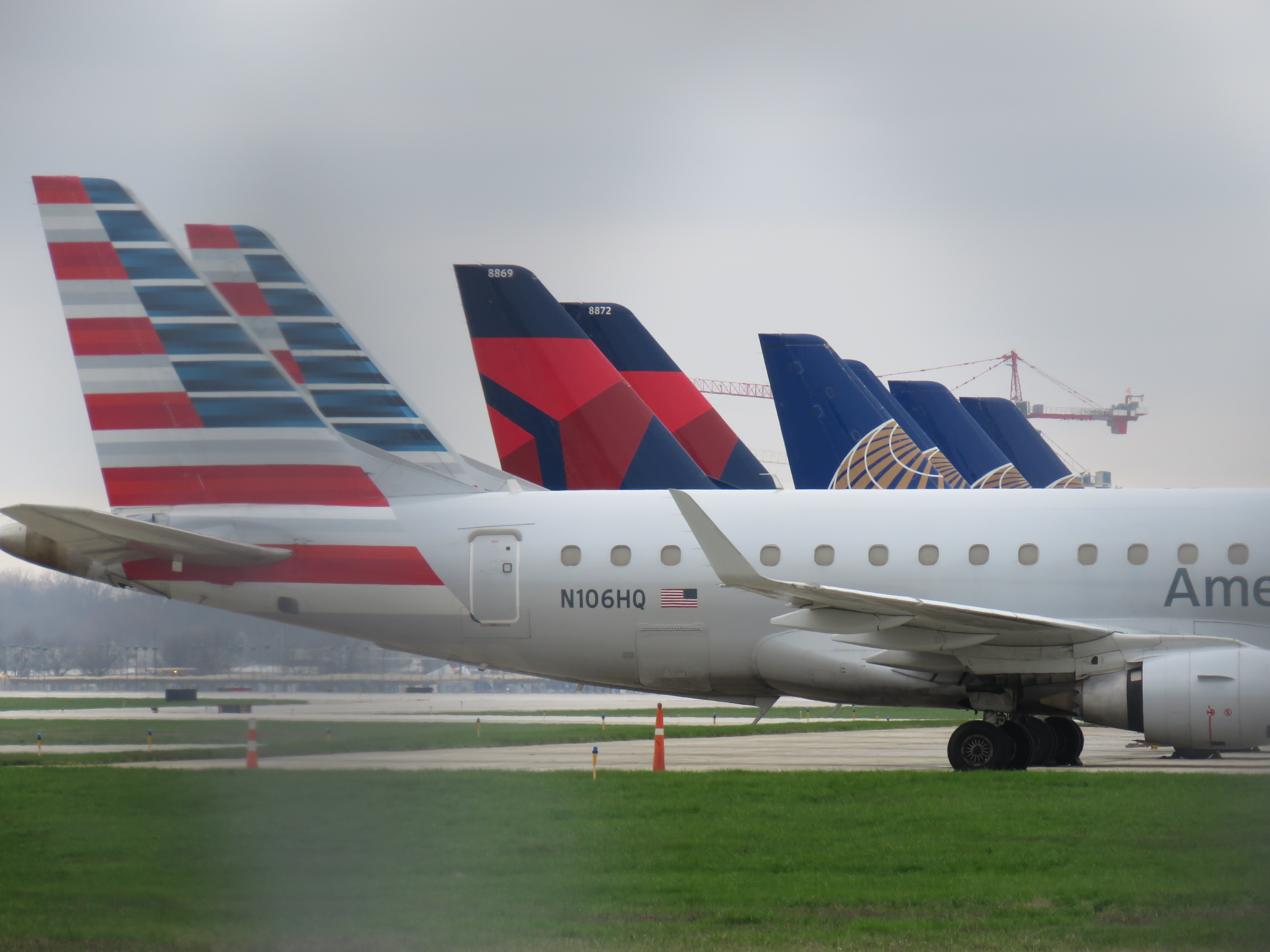 But there is a little bit of good news in the midst of the gloom. Although the passenger airport is unbearably quiet, the cargo airport has managed to stay busy. There has been a reduction in flights by some carriers, but there’s been steady traffic from others like Cargolux and Cathay Pacific. Chartered cargo flights have actually increased. Many of those flights have been delivering medical supplies and other items that are critically needed. 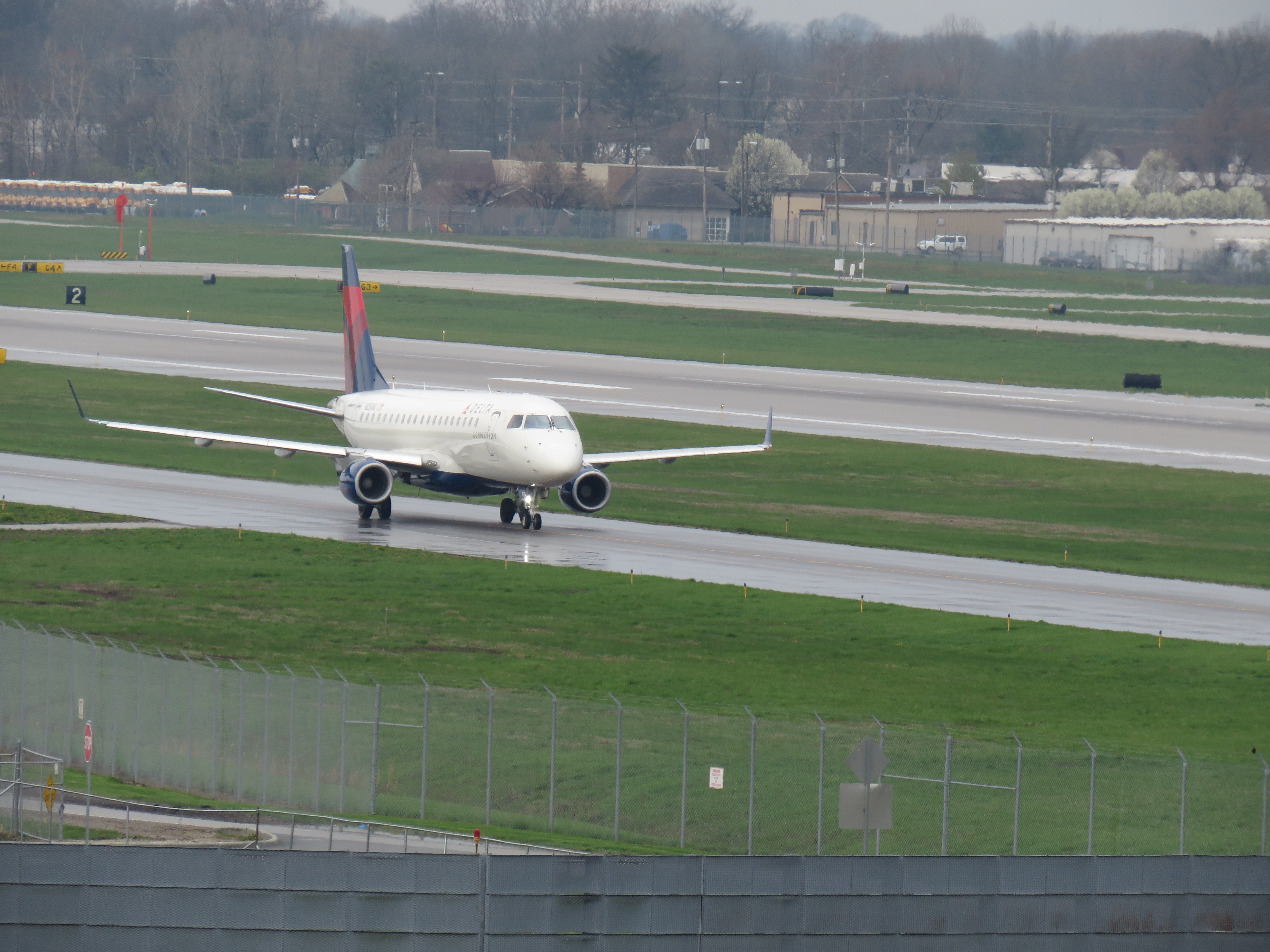 From a financial standpoint, the activity at the one airport cannot begin to make up for the lack of activity at the other. But right now we’ll take whatever we can get. And having those cargo planes overhead helps calm my aviation withdrawal symptoms. Unfortunately, my serious case of stairs truck deficiency continues.