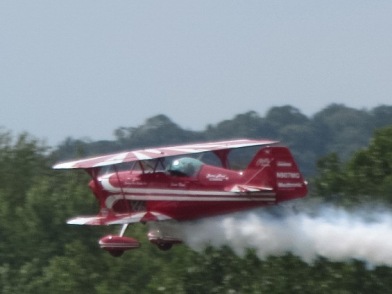 It may not feel like it yet, but the calendar says that spring has arrived. You know what that means? Yes, warmer temperatures and pretty flowers are coming. But more importantly, air show season is just around the corner! Hooray! I cannot wait! I’m planning to attend two big events this year.

What happens when you combine amazing airplanes with a bunch aviation podcasters? I’m not 100% certain but I suspect it involves beer and a fair amount of good-natured mayhem. The show is being held over Mother’s Day weekend in May. (What mom wouldn’t want to spend her special day at an air show?) Some of

the scheduled participants include Sean Tucker, the Super Hornet demonstration team, the F-22 demonstration team and the Thunderbirds. Admission costs nothing. Zero. Zip. Nada. No, I’m not kidding! The show is sponsored by the 911th Airlift Wing. If you are anywhere even remotely nearby, I recommend you check it out! Plus for all you Airline Pilot Guy, Plane Talking UK, Plane Safety and Airplane Geeks podcast fans, there’s a meet-up planned that promises to be a ridiculous amount of fun.

Yes, I know – Oshkosh is so much more than just an air show. It’s THE aviation event of the summer. 10,000 airplanes – need I say more?  This will be my fourth year so I feel I have enough experience at Osh to give a few pointers for those of you who are going for the first time. 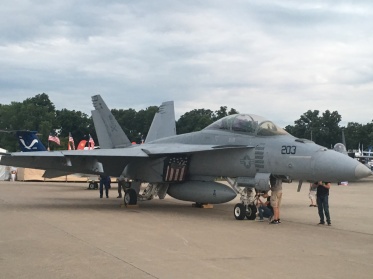 Go ahead, put together a schedule. Just understand you aren’t going to follow it. There are about a million amazing things between you and the first item on your agenda. You WILL get distracted. More often than not, this is a good thing. Some of my best moments at Osh have happened when I allowed myself to get distracted. A good rule of thumb: pick one or two events that are non-negotiable and make every effort to get to them. Leave the rest of your schedule open. My suggested “must-sees” include the warbirds and the night air show.

Attend at least one forum. Attend several if you can, but pick at least one and go. There are very few events where you have the opportunity to learn so much from so many truly knowledgeable people. Take advantage of this!

Meet people. My first year at Osh I was only there a day and a half. I didn’t get a chance to meet anyone. The last couple of years, however, I’ve been able to spend more time at the show which has given me the chance to meet up with several online friends. This was total awesomesauce. Avgeeks tend to have an instant connection with one another – you’ve got a million old friends at Osh that you just haven’t met yet. I’m planning to spend almost the entire week at Airventure so I hope to see some of you there!

If Oshkosh and Wings Over Pittsburgh won’t fit into your schedule, never fear – there are plenty of other airshows, fly-ins and fun aviation gatherings you can attend. Check out milavia.net for a fairly comprehensive list of offerings. I also recommend the Social Flight app which is great for finding local aviation events. Or you  are welcome to share event information in the comments below. Don’t make the mistake of thinking that a small air show at a local airport isn’t worth going to.  I went to a very small show last fall that was one of the best I’ve ever attended. Just remember: there is no cure for air show fever. However, catching it sure is fun!

Ask any aviation enthusiast about their favorite airplane and you’ll almost certainly get a list. My list includes the Boeing 747-8, the A-10 and the F-18. However, since I’ve started working at the airport I’ve added one more – the MD-80/88/90. Why? Well why do any of us love the planes we love? It’s not always easy to explain. 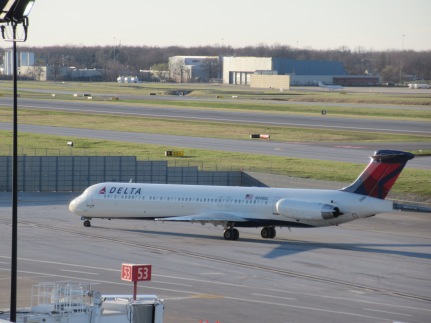 The Plane Next Door

For me the love affair began when I saw it parked outside my department every day. Actually, to be more specific I should say when I HEARD it park outside my department. As I mentioned in an earlier post, it’s pretty much impossible to miss the sound of an MD-80 roaring up to the gate. Naturally the first time I heard it I had to investigate. What I found was a decidedly old-school t-tail airplane that looked like it had been around the block a time or two.

Having grown up in a very old house, I appreciate old things. They have character. And the MD-80 certainly does as well. It’s not sleek and pretty like the newer Boeings and Airbuses. It’s not dashing and cute like some of the RJs. It’s a working-man’s airplane. It doesn’t BS around. When it takes off it really takes off – it looks like a rocket and it sounds like one too. And it has a cool nickname: The Mad Dog. 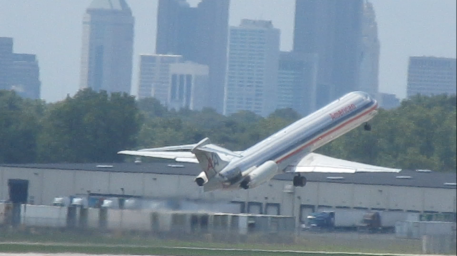 For two years now I’ve been watching it through the window. I’ve watched countless numbers of bags loaded and unloaded and countless numbers of meals delivered. I’ve watched mechanics tinkering with the engines. And I watched when an MD-80 brought a fallen soldier home last year. The Mad Dog has been a central part of my airport experience in so many ways.  So you can imagine my reaction when I was given the opportunity recently to tag along on a pre-flight walk-around. Are you kidding me? Oh. Heck. YES!  (Have I mentioned lately how much I love working for an airport?)

Up Close and Personal

When we went outside my first thought was that there are roughly one million things to trip over/bash your head on during a walk-around. Yikes! Major kudos to the ground crews and pilots who successfully navigate this obstacle course every day. Needless to say I was very careful while we were out there. I was also very busy absorbing every detail of the plane – the tires, the wheel wells, the cargo compartments, the pitot tubes the engines, the wings… and everything in between. After all the time I’ve spent staring at the Mad Dog through the window, it was beyond awesome (not to mention a tremendous privilege) to get such an up close look!

The icing on the cake, however, was the visit to the cockpit. I never in my life expected to be able to walk down a jet bridge, board an airplane… and turn left!  I looked out the cockpit window at the terminal and thought, so THIS is what it is like to be outside looking in! Sweet! Then I turned my attention to the cockpit itself.  I was able to examine many of the instruments and learn which knobs turn on which displays. I was in avgeek heaven! In an effort to be a polite guest I

tried really hard not to ask too many questions. (What does this button do? What about this one? And this one?)  Trust me, it wasn’t easy!  However, I was very aware that the crew was preparing for a flight and I didn’t want to be in the way. All too soon it was time to go. I walked back up the jet bridge with a whole new understanding of the MD-80.  And I love it even more than I did before!

Sadly, this love affair is destined to be short-lived since the plane is being retired at a brisk pace. The afternoon flight that used to park outside my office is gone. The early morning flight is gone too.  You can imagine my disappointment to see an Airbus pop around the corner instead of the expected Mad Dog during a recent morning on the deice pad. I know modern planes are quieter, more fuel efficient, more comfortable and have better technology. But that doesn’t change how I feel. After all, who can explain love?

Authors Note: I’d like to extend a very special and heart-felt THANK YOU to the FO (along with his captain and crew) who allowed me to visit.  You made my day/week/month/year! 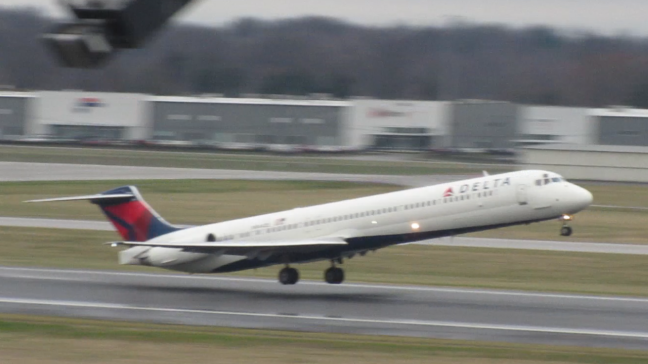