December 1, 2019 marked five years since I started working for the airport. That’s right – I’ve been running around like a kid in a candy store for five whole years now. How is that even possible?  I knew I was going to love working in aviation, but I didn’t anticipate how much I was going to fall in love with the airport itself. And I never dreamed that I would get to see and do as much as I have.

I have always wanted to sneak my way into an ATC tower. This probably explains why the FAA added another set of “No Trespassing” signs around the tower fence right after I started my job. To my surprise, however, in the last five years I’ve visited all four towers at the three airports where I work plus the tower at Oshkosh. ATC towers are every bit as cool as I thought they would be.  The only thing cooler than the towers?  The TRACON! I’m still shocked that they not only let me in, but showed me around and explained what they were doing.

Being the avgeek that I am, I bring my scanner to work every day so I can listen when I’m plane spotting during my breaks. I sometimes listen to Live ATC at my desk too –  I just really like knowing what is going on. At this point I’ve listened to hundreds of hours of ATC communications dealing with all kinds of scenarios in all kinds of weather. Some of the most memorable conversations have also been the most amusing, like the pilot who threatened to do donuts on the uncontrolled ramp and another who was afraid of his 666 squawk code and requested a new one.

Airport ground vehicles for the win! Who knew they were so cool?  From belt loaders to tugs to baggage trolleys and deice trucks – I’m a fan. The really crazy thing is how many I’ve been allowed to examine up close.  I’ve been able to sit in a snow plow and a fire truck, gotten to take a close look at a deicing rig and I’ve ridden around in broom truck.  I haven’t driven a stairs truck yet (the coolest of all airport vehicles), but I’ve sat behind the wheel and that’s a start!

I’m not going to lie – being around airplanes every day is awesome. It doesn’t matter how many take-offs and landings I’ve seen – flying is still magic. I knew I’d see a lot of RJs and 737s around, but I had no idea I’d also get to see the occasional B767 and A330 as well.  Plus I’ve seen an incredible assortment of military airplanes including T-38s,  A10s, F18s, KC135s,  and C130s.  I’ve even seen Airforce One on multiple occasions. I also didn’t anticipate how much I was going to fall in love with business aviation.  Gulfstreams, Globals, Falcons… they stop me in my tracks every time I see them because they are just so darn gorgeous. 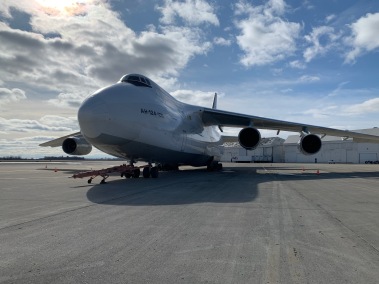 When I accepted the job with the airport authority I was excited to be working at a passenger airport, however I was even more excited to be affiliated with a cargo airport.  Why?  Because 747s!  And 777s!  And Antonovs!  There is ALWAYS something interesting to see.  On my very first visit I got to stand on the ramp and watch an Emirates 777 land and then taxi over to be unloaded. I’ve gotten up close and personal with an An124 more than once now.  Oh yes, I LOVE big planes!

Missed Approaches and other “Emergencies”

The first time I saw an airplane go around it was fascinating.  Five years later I’ve seen dozens of missed approaches I have to say… they are STILL really fascinating. They happen for all kinds of reasons, most of them entirely mundane.  Same with aborted take-offs.  I’ve seen several and they were far less dramatic than I expected.  I have also witnessed several emergency landings over the years.  They’re a bit more intense, but thanks to the efforts of ATC, ARFF, Airport Ops and the pilots, they all ended smoothly and uneventfully.

It is hard for me to single out a favorite moment from the past five years because there have been so many.  As a general rule, the coolest experiences happen out on the airfield.  That’s where all the action is.  It’s also where the ground support vehicles hang out.  And it’s where the airplanes are!  If I absolutely HAD to pick a favorite, it would be the winter I trained to assist Ops with managing the flow of traffic into the deice pad.  I got to drive around on the ramp in an ops vehicle and talk to airplanes and ATC on the radio. I mean seriously –  it doesn’t get much cooler than that!  It was a mild winter so I never got signed off to manage the pad by myself but who knows – maybe one of these days I’ll get another chance.

What would I like to do that I haven’t done yet?  Well I still haven’t driven a snow plow or gone out with the airfield team during a snow event. I’d really love to go up in the bucket of a deice rig just once.  Of course driving a stairs truck remains a goal. And I still really, really want to ride around on the baggage belt. However, I’ve recently added a new item to my wish list: making an airport-wide page. If you ever find yourself wandering through the terminal and you hear someone paging Captain Oveur to the white courtesy phone… let’s just say I’ll deny all knowledge. 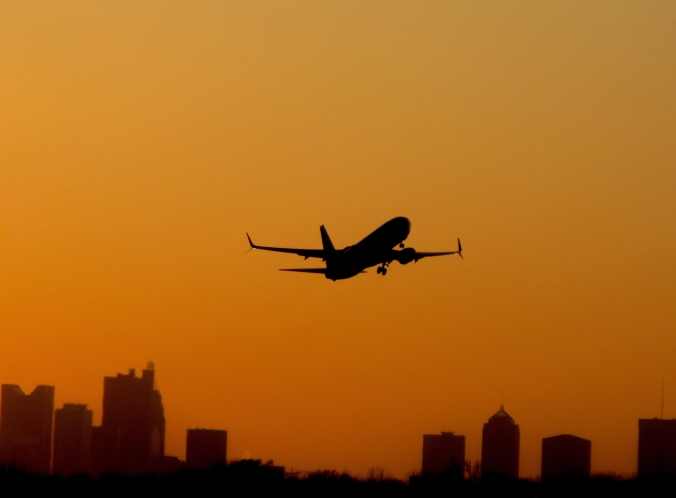