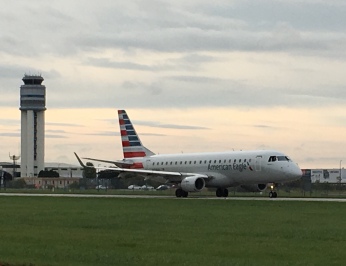 The dictionary defines an ambassador as, “a person who acts as a representative or a promoter of a specified activity or organization.” For me it simply means that when you really love something, you can’t help but share that passion with others. Recently I had the opportunity to share my love of aviation in some different and unexpected ways.

In September the airport hosted its annual 5K on the runway benefiting Honor Flight. Volunteer to get up early on a weekend and spend the morning standing around on a runway? Heck yeah! Count me in! I offered to work at the water station in part because they needed people with SIDA clearances, but mostly because watching the sunrise from the airfield is a special kind of awesome. And also because they parked two bizjets right next to the water station. I mean, who wouldn’t want to spend the morning with bizjets? 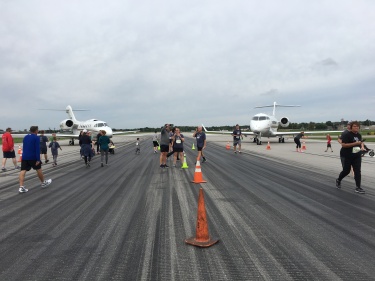 I wasn’t the only one enamoured with the airplanes. One of the race participants completely abandoned any pretense of running when she saw them. She pointed at the planes and said, “I’m not here for the race, I’m here for THIS!” The smile on her face made me realize that the airport 5K is so much more than just a race. It allows the community to connect with aviation and the airport in ways it wouldn’t otherwise be able to.

Perhaps my favorite moment came when several airliners got permission to use the taxiway closest to the race runway. The pilots opened their windows and waved at the runners as they taxied by. It was a HUGE hit with the participants. In the end we not only raised a ton of money for Honor Flight, but we strengthened ties with the community and maybe inspired a future pilot or two. 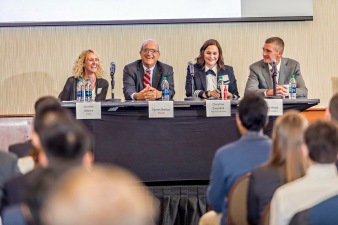 In October I had the tremendous honor of being invited to attend Aviation Industry Night at OSU and take place in the panel discussion. I didn’t quite realize what I was getting myself into until I arrived at the event and discovered 200+ enthusiastic aviation students and alumni as well as a variety of industry professionals in attendance. When it dawned on me that I was actually going to be speaking in front of all those people I almost wished I had those bizjets from the 5K to hide behind! 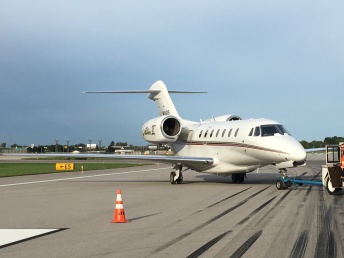 There were three other people on the panel with me – an FO with a regional airline, a pilot with a private charter company, and a former airline pilot now flying business jets. We were asked to talk about our careers and we answered questions from the audience. I talked about my love of airports and how fortunate I am to work for one.

After the panel discussion was finished I spent time chatting with some of the other aviation professionals. I also talked with several of the students including one who is an accounting major! He wants to fly for the airlines but he figures an accounting degree might be useful if he ever needs a non-flying job. 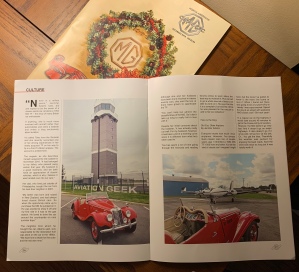 Perhaps the most surprising outreach opportunity came as the result of a previous blog post. You may recall a few months ago I wrote about driving my 1954 MG to a nearby airport and taking a flight on a Ford Tri-Motor. Shortly after that post was published I was contacted by Larry Sanata, editor of North American Classic MG Magazine. He asked if he could write a piece about my passion for aviation and love of classic cars. Are you kidding me? Of course!

In the end he not only published an interview with me, but he also included my original blog post in its entirety. I think anyone who enjoys writing hopes that they might someday see their work in print. Seeing my post published in a magazine… Wow! I’m thrilled! The fact that it allows me to share my love of aviation with whole new group of people makes it even better still.

So… what about you? Are you an aviation ambassador too? There are plenty of opportunities out there so give it a try – you never know what might happen. 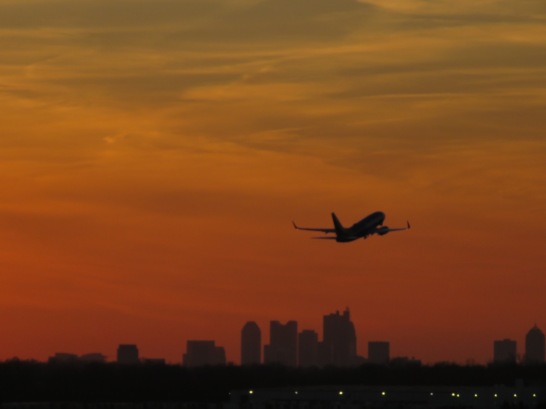