Author’s note: My apologies for the long delay between posts.  I took ill rather suddenly right after I published my last post.  I required emergency surgery which sidelined me for several weeks.  I am finally on the mend and ready to get back to being an aviation fan-girl running loose at the airport and (of course) blogging all about it.

I’ll admit, for a long time I wasn’t a podcast listener. I knew what they were (sort-of) but didn’t figure that there were any out there that would be of interest to me. Boy was I so totally WRONG!!! Beginning last summer I began making a series of long drives back home to visit my ailing father. In search of something aviation-related to listen to while driving I decided to download a few aviation podcasts that had been recommended by friends. Those few led me to others and the next thing I knew, I’d become a regular podcast listener.

What makes podcasts so awesome? Not only do they provide a lot of excellent, detailed information on the world of aviation, but they also come with really wonderful communities of listeners who encourage and support each other. I discussed two of my favorite podcasts in my last post – Airplane Geeks and Plane Talking UK. However, there are several other amazing podcasts out there that you really don’t want to miss! 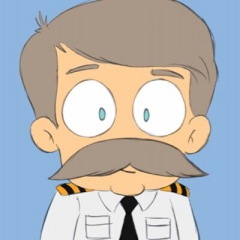 This podcast is hosted by Captain Jeff Nielsen, who flies for a major US carrier. Originally a one-man show, Jeff has since added several co-hosts including Miami Rick, who recently added the 747 to the long list of Boeing airplanes he knows how to fly, Dr Steph, a physician and general aviation pilot, and Captain Nick who flies A330s/A340s for a major UK carrier.  The podcast covers the latest aviation news as well as addressing items of interest and questions sent in by listeners.

Aside from being incredibly informative, the show is just plain fun. Jeff and his co-hosts broadcast live, usually via Youtube, but you can listen to the recorded podcast any time. That said, if you get a chance to watch it live, DO IT! Seriously, the comments and discussion in the chat room in combination with the live podcast are typically completely hilarious. It never fails to lift my spirits. In fact, I always watch the show live and then go back listen to the podcast. I almost always learn something that I missed the first time and I find that I laugh just as much.

One of my favorite episodes: Secret Number Two   Really you could pick just about any episode – they are all great.  However, this is a recent one in which they cover an accident involving a Cirrus SR20 and I thought the discussion was very insightful. 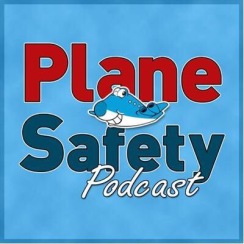 This little gem of a podcast is hosted by Pip, a pilot for a European airline. As the name suggests, this podcast focuses on the safety aspects of aviation. Pip discusses many of the day to day issues faced by pilots and airlines, often drawing from current events.  He also has several episodes in which he reviews well-known aviation incidents from the past, points out some of the key contributing factors and highlights how they have influenced the policies and procedures of today. When he isn’t discussing safety, Pip often talks about his latest trip which gives the listener a behind-the-scenes look at what life as a pilot is really like.

One of my favorite episodes: Nats, Brexit and the Millenium Falcon No, I did not pick this because it is the most recent episode (although it is). I chose this because it includes an interview with an experienced First Officer that is the BEST INTERVIEW EVER.  Seriously, check it out.

Hosted by Chris Palmer, a private pilot and founder of Angle of Attack, this podcast features guests and topics that focus on general aviation and flight training. Chris is passionate about encouraging current and future pilots, and it really shines through in the way he talks about flying.

One of my favorite episodes: My Scariest Pilot Moment I think it takes a lot of guts to share a frightening or difficult moment that you’ve had as a pilot.  I really like that Chris was willing to put this out there so that others can learn from his experience. 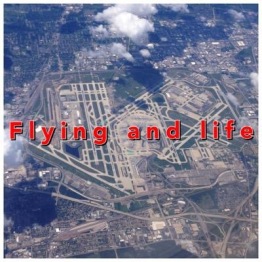 Hosted by Mike, who works for a major US carrier, this podcast gives us a detailed look into the world of an airline dispatcher. I have always wondered just what exactly a dispatcher does, so I really enjoy this podcast and I have learned a lot. For example, did you know that a dispatcher shares operational control with the captain of the flight?  Me either! It is pretty incredible all the things that dispatchers are responsible for.

One of my favorite episodes: Building Routes Part 1 Wow! A lot of thought goes into what route you’ll be flying the next time you head out on vacation!

There are several folks who don’t have podcasts of their own, but often contribute to the podcasts listed above. If you are interested in aviation and/or podcasting, I recommend giving these guys a follow on twitter:

Micah (Airplane Geeks, Plane Talking UK, Airline Pilot Guy): Micah uses his background in radio to submit amazing pieces of audio feedback that are amusing, poignant and never fail to get you thinking.