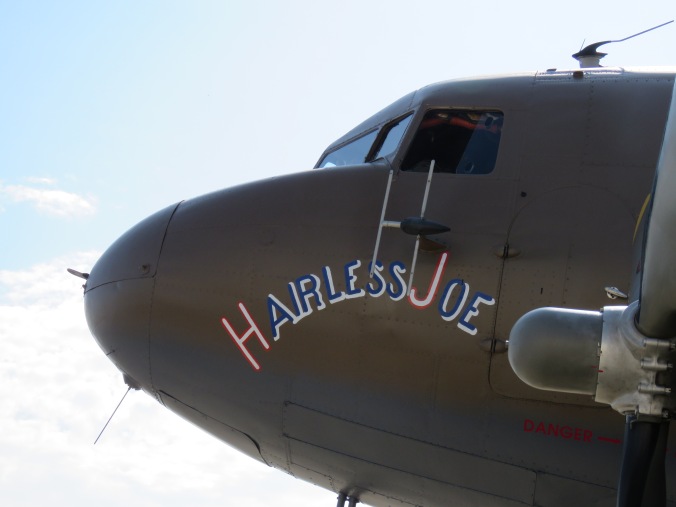 Back in January I issued a challenge to myself to check out at least 5 general aviation airports that I haven’t been to before. The passing of my mother earlier this year forced me to put a lot of my plans on hold. As a result I haven’t been able to focus on the challenge as much as I would have liked. However recently I was able to add airport #3 to my list when I attended a cruise-in/fly-in at Zanesville Municipal Airport (ZZV).

Adding another airport towards my goal was actually a secondary reason for wanting to attend this fly-in. The primary reason was that they were offering rides on a C-47. Normally the ticket price would have been around $200, however for this event they were offering a shorter version of the flight for less than half the price. How could I say no?

The first thing I noticed upon arriving at ZZV is that there is a Republic F-105 Thunderchief on display out front. That’s right – this small, unassuming airport in the middle of nowhere has a totally bad-ass military plane sitting  outside the front door. That, my friends, is the GA airport equivalent of a mic drop.  Bam!

Any time I have the chance to stop by an FBO, I always do. The FBO at ZZV is nicely appointed with the requisite comfy chairs, computer access and meeting rooms. The bathrooms were clean. The staff were welcoming. And they have the coolest weather vane EVER!  Seriously – I want one! 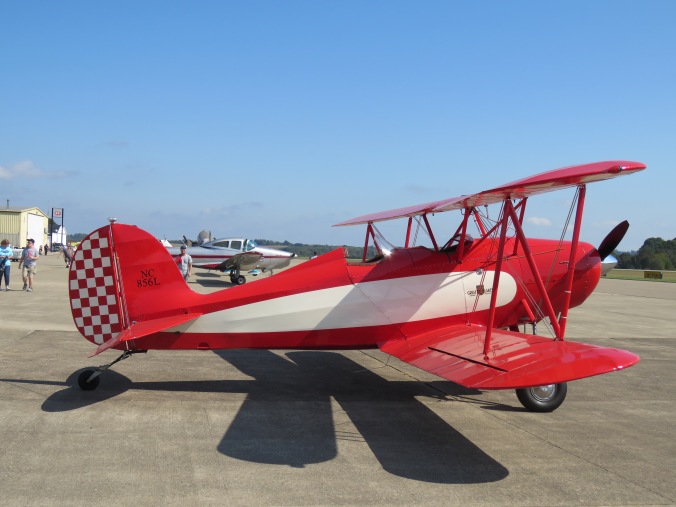 There was a nice assortment of airplanes parked on the ramp, including a couple of bizjets and a stunning Great Lakes biplane. The star of the show, however, was Hairless Joe. Delivered to the military in 1945, this C-47 was too late to see service during WWII and so spent most of its life performing other roles. The Yankee Air Museum recently refurbished it, gave it a military paint scheme and named it Hairless Joe in honor of the C-47 that Lt. Col. Dick Cole flew in the China/Burma/India theatre.

The C-47 is probably best known for its role during D-Day when it dropped around 13,000 paratroopers into Normandy. This was very much on my mind as I boarded the plane and took my seat, especially since Hairless Joe has a military seating configuration. This means we sat on benches along the sides of the plane rather than in seats bolted down the middle. 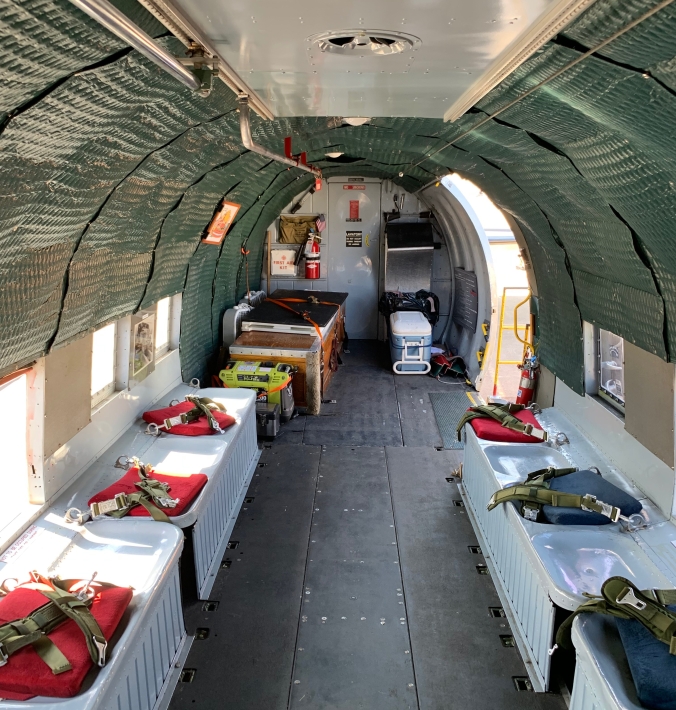 I watched the engines fire up, and as we started to taxi could see the excitement on the faces of the people sitting around me.  I imagined how it must have been for the paratroopers on D-Day. I am sure there was excitement then too, but an entirely different kind. 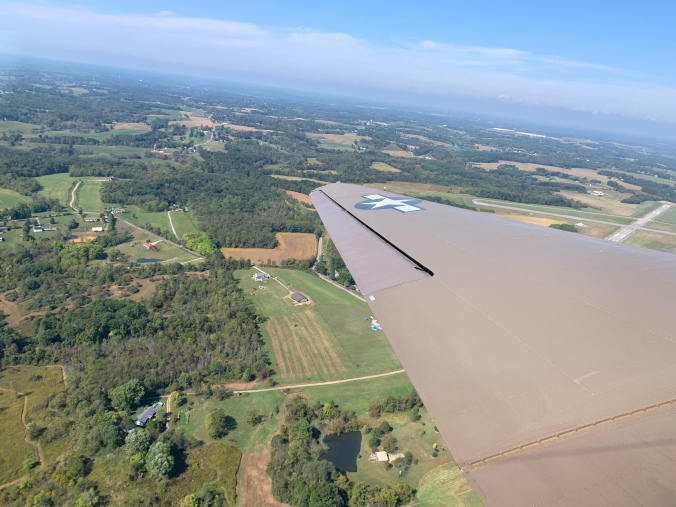 The flight involved a couple of laps around the airport traffic pattern, which meant lots of turns. There was also a fair amount of turbulence. The combination of the two was a bit unsettling for my stomach at first, but I focused on the view outside the window and that helped a lot. I looked across the left wing as the plane gracefully maneuvered through the sky and I thought again of the paratroopers who flew in these planes 75 years ago. Did they try to look out the windows too? Or were they so focused on the mission that they could think of nothing else?

The flight lasted just under ten minutes. After we landed we were able to walk up to the cockpit and take a look at all the gauges and dials. As we disembarked we saw that people who hadn’t bought tickets for the flight were being allowed to climb the stairs and take a look around. There was a long line of people eager for a chance to visit the plane and touch history. It occurred to me how fortunate we are that there are organizations like the Yankee Air Museum who keep these planes flying. 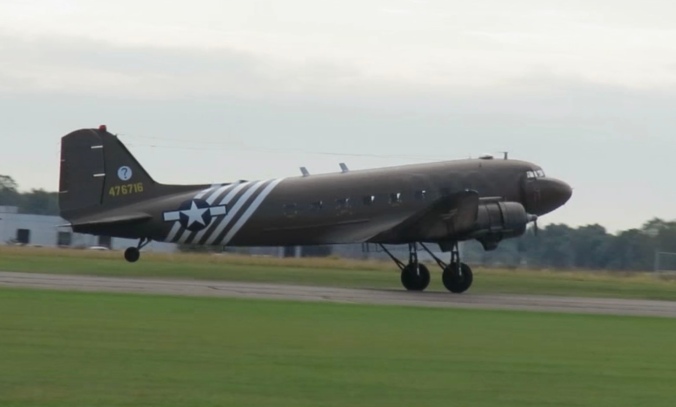 Four days later a B-17 owned by the Collings Foundation crashed at Bradley Airport in CT. Seven people were killed including both pilots and several passengers. The loss of life was devastating. The loss of the airplane was heartbreaking. The cause of the crash is still being investigated, but already there have been calls by some to end vintage plane rides.

All airplanes require regular maintenance and  well-trained pilots. I believe that as long as the proper procedures are followed, vintage warbirds are as safe to fly as any other plane. There’s just something special about these old birds. They have character and personality that modern planes do not. Perhaps most importantly, they can bring history alive in a way that books and museums can’t duplicate. I hope they will continue flying for many years to come. Would I fly on one again if given another opportunity? Heck yes I would! In a heartbeat!