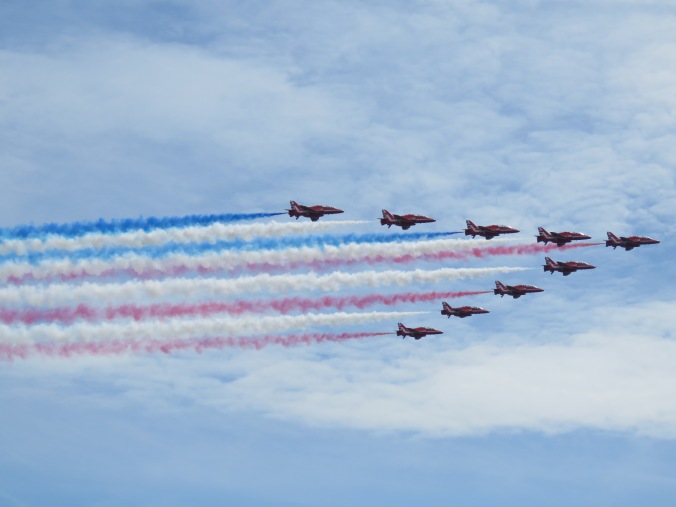 When I heard that the Red Arrows were coming to the United States I really hoped I’d be able to see them. It isn’t often that the famed British jet team makes the trip across the pond. An initial glance at their schedule was disappointing – none of the venues were close to me. Then I noticed Thunder Over the Boardwalk in Atlantic City. Not only is the location near my mother’s house in Pennsylvania, but hello – it’s at the beach! Watch an air show while relaxing in the sand? Count me in! 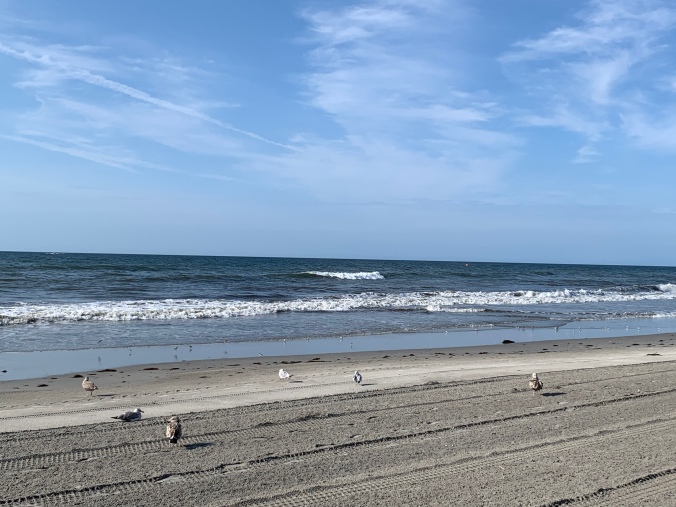 Then I saw that the show date was a Wednesday. Wait… Wednesday? Who holds an air show in the middle of the week? Awkward! Whatever – I wasn’t going to let that deter me.  I had to work Tuesday so I traveled late into the night to get to PA. Then I got up at the crack of dawn the next morning to drive another hour and a half to Atlantic City. Exhausting? Yes. But completely worth it because hello – it’s the Red Freaking Arrows!

Atlantic City is… well, to be honest, it’s a not my favorite beach destination. I’ve always preferred the family-friendly seaside towns farther south over the glitter and grit of the casinos. As a result this was my first visit. I had no clue where to set my beach chair but by dumb luck I managed to situate myself at show center.

As I waited for the show to start I couldn’t help but notice all the boats that were anchored just offshore. Watching the show from the beach was cool but watching from a boat must have been even cooler! I wondered how the event organizers maintained the required safety areas. Then I saw a Coast Guard ship keeping an eye on things.

I realized pretty quickly that while the beach is a great place to watch an air show, it is not necessarily the best place to take photographs. The combination of the sun directly overhead and the glare off the water made the lighting pretty horrible. Then there was the wind, sand and the ocean spray that constantly threatened to muck up my camera lens. Still, the opportunity to get some pics of the Red Arrows made it worth the risk.

The show began with the US Army Golden Knights Parachute Team. I noticed that one of them jumped with a British flag, which I thought was very classy. This was followed by some old favorites in the form of a refueling demonstration by a KC-135 and several F-16s and a very cool EC-130. 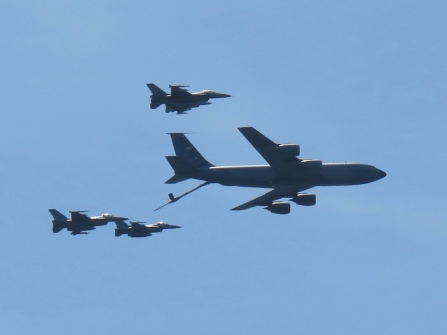 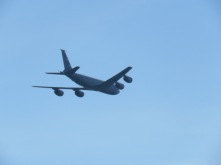 The next two performers were a bit of a surprise. First was a Shorts Tucano. The plane is small and fast and I struggled to get a good look at it. This was followed by the strangest jet I have ever seen. It had a twin tail and an odd, bulbous canopy. It was absolutely mesmerizing. I couldn’t take my eyes off it! I found out later that it was a de Havilland Vampire. After it completed its display, it was joined by the Tucano and they flew several passes together. They were an unexpected highlight of the show for me. 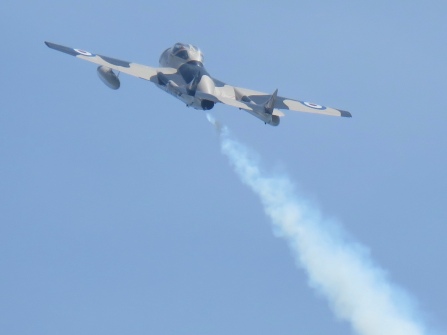 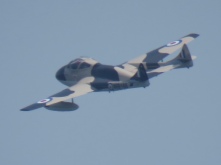 Then came the moment I had been waiting for – the Red Arrows! They started their display by approaching from behind the crowd and flying out over the ocean with red, white and blue smoke trailing behind. 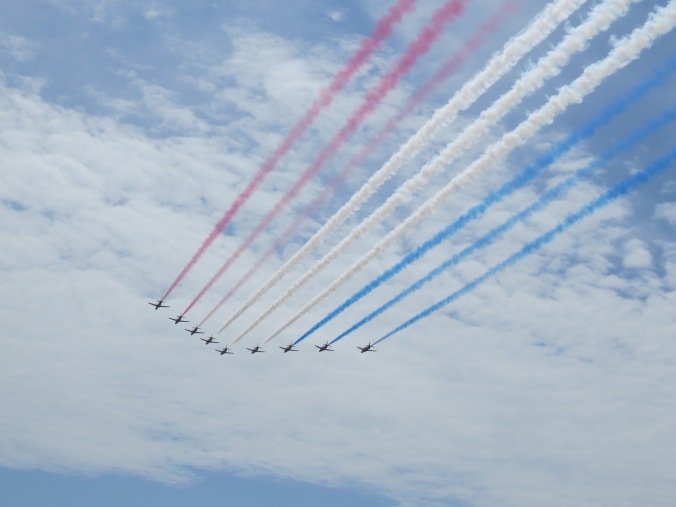 In many ways they reminded me of the Canadian Snowbirds, in part because there are nine of them and in part because they exhibit much of the same grace and beauty in their performance. However, they have a distinct style and flavor all their own. For one thing they fly trainers rather than fancy fighters like the American jet teams. For another the planes are red, which automatically makes them awesome. Then there’s the colored smoke. It doesn’t sound like a big deal but it brings a bit of splash and pizzaz to the performance that the other teams just don’t offer. 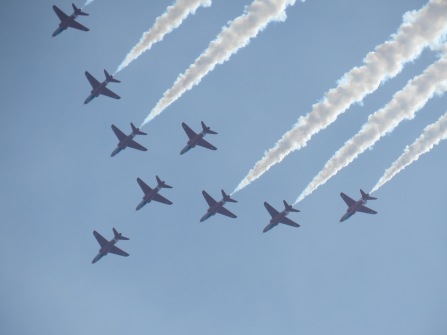 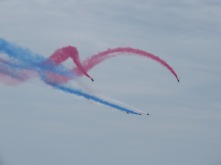 I wasn’t sure how the American audience filled with vacationers and families would react, especially since most were there to see the Thunderbirds. However it quickly became apparent that the Red Arrows were a hit with the crowd.  I think it is safe to say they gained quite a few new fans.

What about the remainder of the show? Well I couldn’t tell you. I was just there for the Red Arrows and when they were finished, so was I. Was it worth traveling all that way, dealing with the crowds and the difficult photography conditions just to watch nine red planes put on a 20 minute show? Oh. Heck. YES! If you ever have the opportunity to see the Red Arrows, I strongly encourage you to go. I promise you won’t regret it!