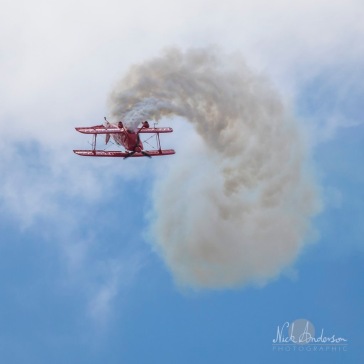 They say the first time you attend an air show it’s about the airplanes, but after that it’s about the people. For a long time I really didn’t understand this. Hey – I’m here because I love things with wings! (And stairs trucks!) But the more you get into aviation the more you value being able to spend time with other people who love aviation too. And you find that being with them makes air shows and fly ins and other events even better than you ever thought they could be. Such was the case with Wings Over Pittsburgh. 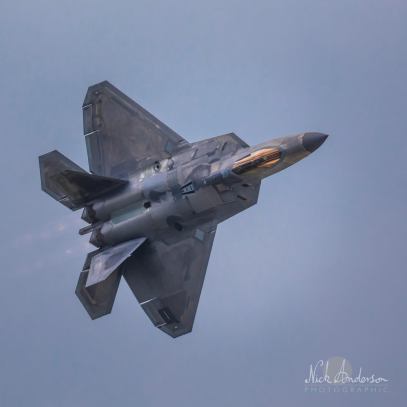 Ah, the Raptor! It is one hell of a bad-ass airplane. I saw it at an airshow in 2009 and was completely blown away. I saw it again more recently but wasn’t as impressed. The performance that day had to be limited and it just wasn’t as spectacular as I remembered. At Wings Over Pittsburgh, however, the Raptor completely redeemed itself by being even more amazing than it was in 2009. That plane flies in ways and directions that defy all logic. Planes just can’t fly like that! Except somehow this one does! 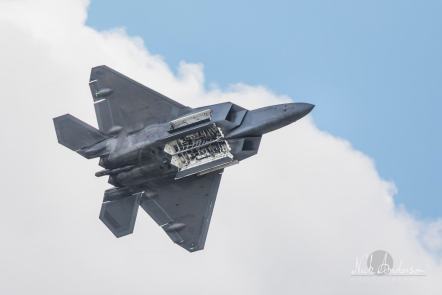 Even More Awesome: Watching the F-22 with people who worked for Pratt & Whitney.

The F-22 is powered by two Pratt & Whitney F119 turbofan engines which have nozzles that incorporate 2D thrust vectoring. I have no idea what any of that means. What it does, however, is allow the Raptor to fly in ways that are, frankly, ridiculous. Max and his wife are retired Pratt & Whitney employees who were with the company during the development of these engines. Watching them watch the F-22 demo was a true highlight of the weekend for me. When I asked how it felt to see their hard work on display the answer was a single word: goosebumps. I couldn’t agree more! 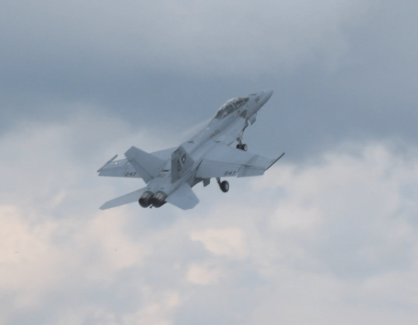 I have long been a fan of the F-18. Many years ago I had a friend who was a mechanic in the Marines who worked on F-18s. I was unfamiliar with the plane so I looked it up. Woah – what the heck is this? Sweeeeet! I was instantly smitten and have loved the plane ever since. Yes, the Super Hornet is a bit different from the original Hornet, but I don’t care. The F-18 display remains one of my very favorites.

Even More Awesome: Watching the F-18 demonstration with a former F-18 pilot.

I wasn’t standing close enough to hear what Nick had to say during the demo, but just watching his face was enough. It was very obvious that he still loves that plane. And who can blame him! 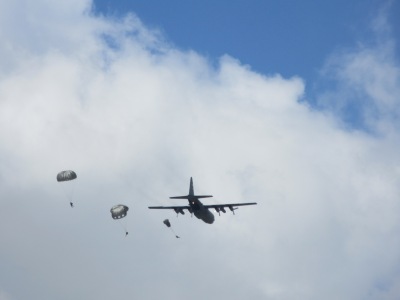 I have no desire to jump out of a perfectly good airplane. However, I think it is really cool to watch other people do it. And it’s even more cool when those people are paratroopers jumping out of C-130s. How the heck do so many of them manage to leap out all at once?

Even More Awesome: Watching paratroopers with a skydiver.

I wish I had been able to watch with Steph on Saturday when the weather was better. It was much windier on Sunday and she knew right away that they weren’t going to be able to make the jump. Still, it was interesting to get her take on their performance from the previous day. 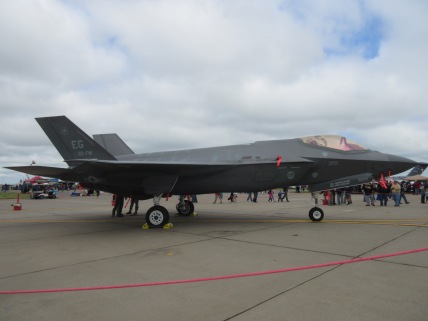 Awesome: All the amazing airplanes on display.

The static displays at Wings Over Pittsburgh were impressive and quite varied. They included some of my old favorites like the C-5 and KC-135, as well as the iconic B-52, the way-cool F-35, an Embraer E175 and many, many more. I could have spent hours and hours examining them in detail and still not gotten a good look at everything. 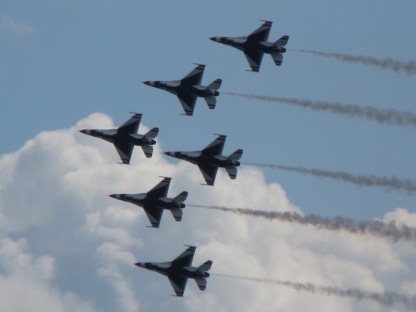 Even More Awesome: Wandering through the displays with an aviation historian.

David has probably lost count of the number of airshows he has attended. He has spent countless hours on military bases and soaked up more information than anyone I know. All that knowledge was so much fun to be around! I could ask any question and he knew the answer.  I learned a lot and I loved every moment!

Awesome: Spending three days surrounded by airplanes AND by people who are as passionate about them as I am.

Even More Awesome: Actually, I don’t think it gets more awesome than that! 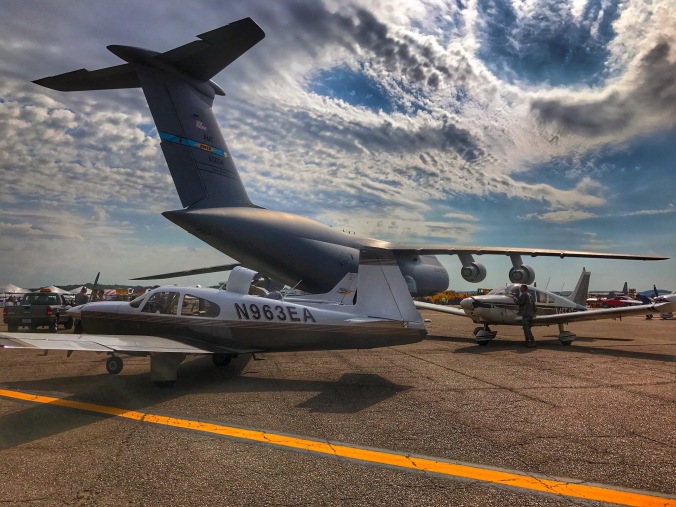 9 thoughts on “Wings Over Avgeeks”